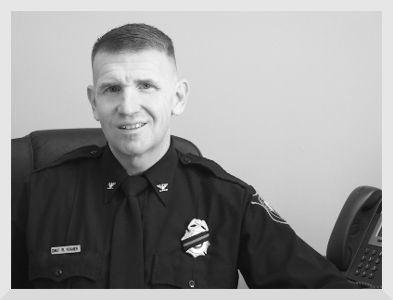 Chief Kramer was born and raised in Norwood on Moeller Ave, graduating from Norwood High School in 1987. He later served in the United States Marine Corp Reserve. Upon returning from active duty in 1991, he went to work for the Hamilton County Sheriff's Office. In 1993, he became a police officer for the Village of Elmwood Place and stayed with the Village until he was hired by the Norwood Police Department in 1996.

His lifelong ambition was to be a Norwood Police Officer. He was a patrolman on 2nd shift for almost 10 years before being promoted to sergeant. As a sergeant, he spent most of his time on 2nd shift. He continued to move through the ranks and eventually was promoted to Chief, September 2011.

He has been married to his wife, Danielle, since 1996 and now has four children: Will, Lauren, Addison and Elise. In his free time he enjoys exercising and spending time with his wife and children.

Chief Kramer considers it honor to serve the great community of Norwood, and can’t imagine wanting to work anywhere else. He says, "Norwood is a great town with great people. I look forward to working with the community to make Norwood even better."

A Message from the Chief

I would like to take this opportunity on behalf of the Norwood Police Department to tell you it is an honor and privilege to serve the Norwood community.

We take great pride in providing the citizens and visitors of Norwood with the highest quality police service. As Police Chief it is my responsibility to make sure that we continue to provide this high quality police service and look for ways to improve. The Norwood Police Officers are responsible for carrying out the mission of the Police Department. The Norwood Police Department will provide professional service that reflects the needs of our community and provides protection of life, property, and the constitutional rights of all. We will remain dedicated to service and committed to excellence, focusing on the following core values.

I openly welcome the citizens of Norwood to become involved with your police department. We cannot operate effectively without your support. Please feel free to participate in our Citizens On Patrol program. There are other programs that will begin soon, so please stay tuned to the website.

Again, let me say it is my honor to serve the community of Norwood. Please take care and stay safe! 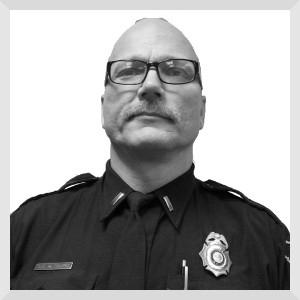 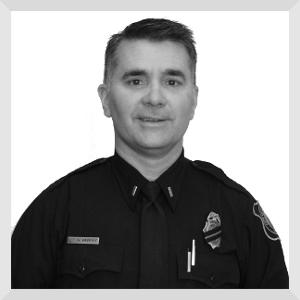